2. Liam gets to play with his family

3. Most of all, Liam gets to watch his dad cook that BIG turkey on the BIG GREEN EGG

So, Liam decided that he wanted to learn more about this Egg thing. So, he invited the Big Guys from Big Green Egg our to his Uncle Ben’s store. Liam inspected the van, gave it a thumbs up and then learned all about these awesome grills. He said now he understands why everything tastes great that his Dad cooks on the Egg.

So, if you want your Thanksgiving Day turkey to taste great, be like Liam and his family and cook it on the Big Green Egg. He said if you need cooking advice or you need an Egg, visit his pals- Bill and Amy at the Aquarama Retail Store, tell them Liam sent you! 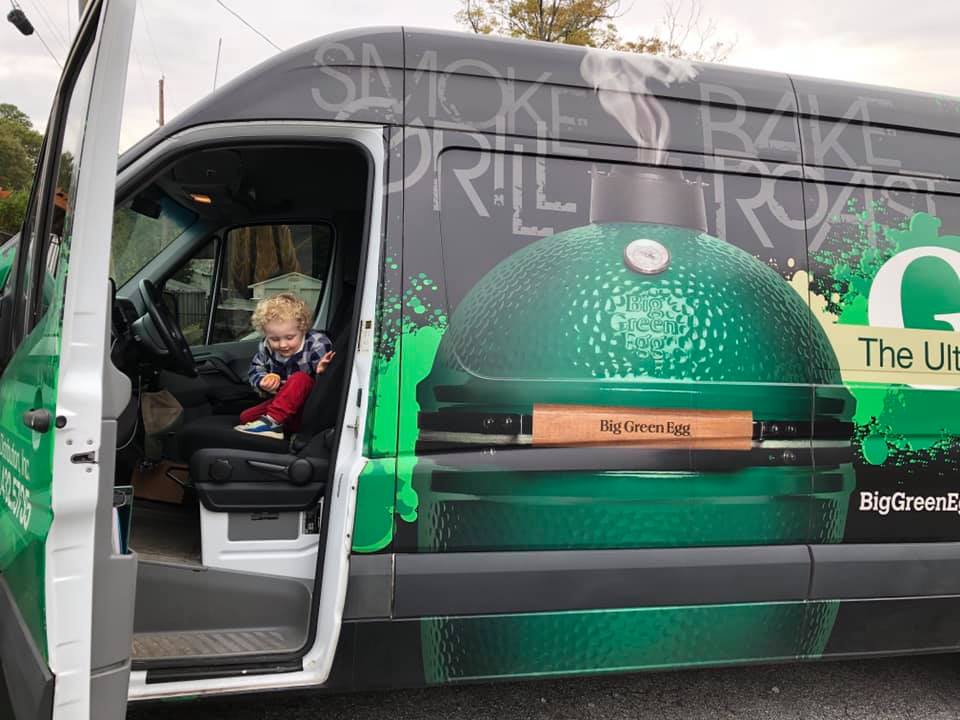 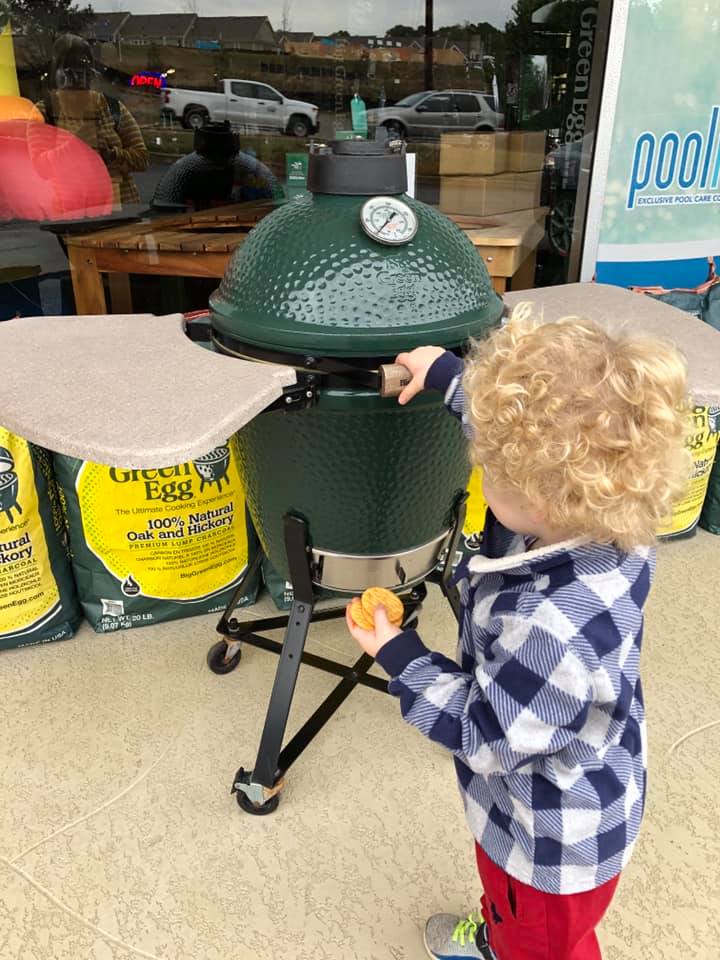